AUSTIN, TEXAS (April 30, 2020) – In a letter Thursday morning, The Greater Austin Hispanic Chamber of Commerce (GAHCC) Chairman of the Board, Joseph Cajas announced the departure of GAHCC President & CEO, Luis A. Rodriguez.

Rodriguez, who led the Chamber for the past three years and who notably led successful trade missions to Mexico; helped Austin F.C. be welcomed to Austin as its first major league professional team; reignited the membership base; and was a strong advocate for Hispanic and small minority owned businesses, will return to San Antonio to lead a tech startup.

“What better story of success can we tell as a Chamber than to have our very own leader hand-picked to be the CEO of a tech startup and join an honored tradition of entrepreneurship? He will be missed by all of us, however, we will use this time to celebrate the impact Luis and his amazing wife Yvonne had on our community. We look forward to supporting Luis in his new endeavor, and I hope you’ll join me in thanking him for his commitment and contribution to leading your Chamber these past three years and wishing his family the best.” said Cajas.

“I am grateful for my time in Austin,” said Rodriguez. “It has truly been an honor leading the Greater Austin Hispanic Chamber of Commerce for the past three years and working side by side with our board of directors, staff, and valued members to strengthen Austin’s vibrant economy through our leadership and education programs, and continuously advocating for small business and economic development.”

In the same letter, Chairman Cajas named Thomas Miranda (previous GAHCC Chairman) as Interim CEO with special advisory from Lupe Morin (previous interim GAHCC President, 2006). Miranda will be in place starting in May and a national search for Rodriguez’s successor will begin immediately.

Established in 1973, the GAHCCis a 501(c)6 nonprofit organization whose primary goal is to continue the advancement and progression of a strong and stable economic culture for Hispanic Businesses. Our Board and Members represent diverse industries from corporations, small businesses, nonprofits, to governmental agencies that touch all corners of the Greater Austin area. The mission of the GAHCC is to be the leading resource and advocate for the Hispanic business community. 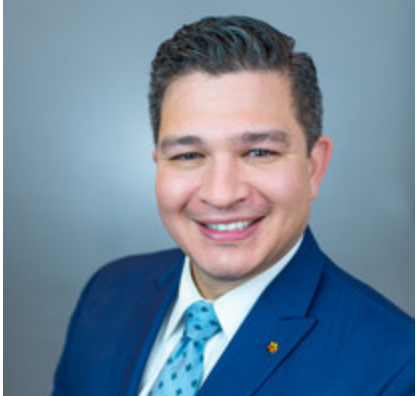