AUSTIN, TEXAS (May 25, 2020) – On May 1, 2020, The Greater Austin Hispanic Chamber of Commerce Board of Directors announced Thomas Miranda as the Interim President & CEO until a replacement for the outgoing CEO, Luis Rodriguez is selected.

“I'm honored to support the Greater Austin Hispanic Chamber's board and staff on its quest to build on the great momentum and value for its members during this leadership transition,” said Miranda.

Miranda graduated from The University of Texas at San Antonio with a Bachelor of Science in Electrical Engineering and has earned project management and executive leadership credentials from George Washington University, Stanford University and Massachusetts Institute of Technology. He currently serves on five regional and national advisory boards focused on leadership, technology, entrepreneurship, and education. Among many past leadership positions, Miranda served as Chairman of the GAHCC and is current board Chair of Mission Capital.

“As the organization approaches its 50th anniversary, I look forward to growing existing relationships, fostering new ones and assuring great member value.”

Miranda will continue to manage Sparkovation Advisors while serving as interim president and CEO for the GAHCC with intentions to return full-time to his company after the new CEO is onboarded. The GAHCC board is in the process of a national search for a new President & CEO. 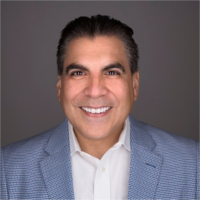